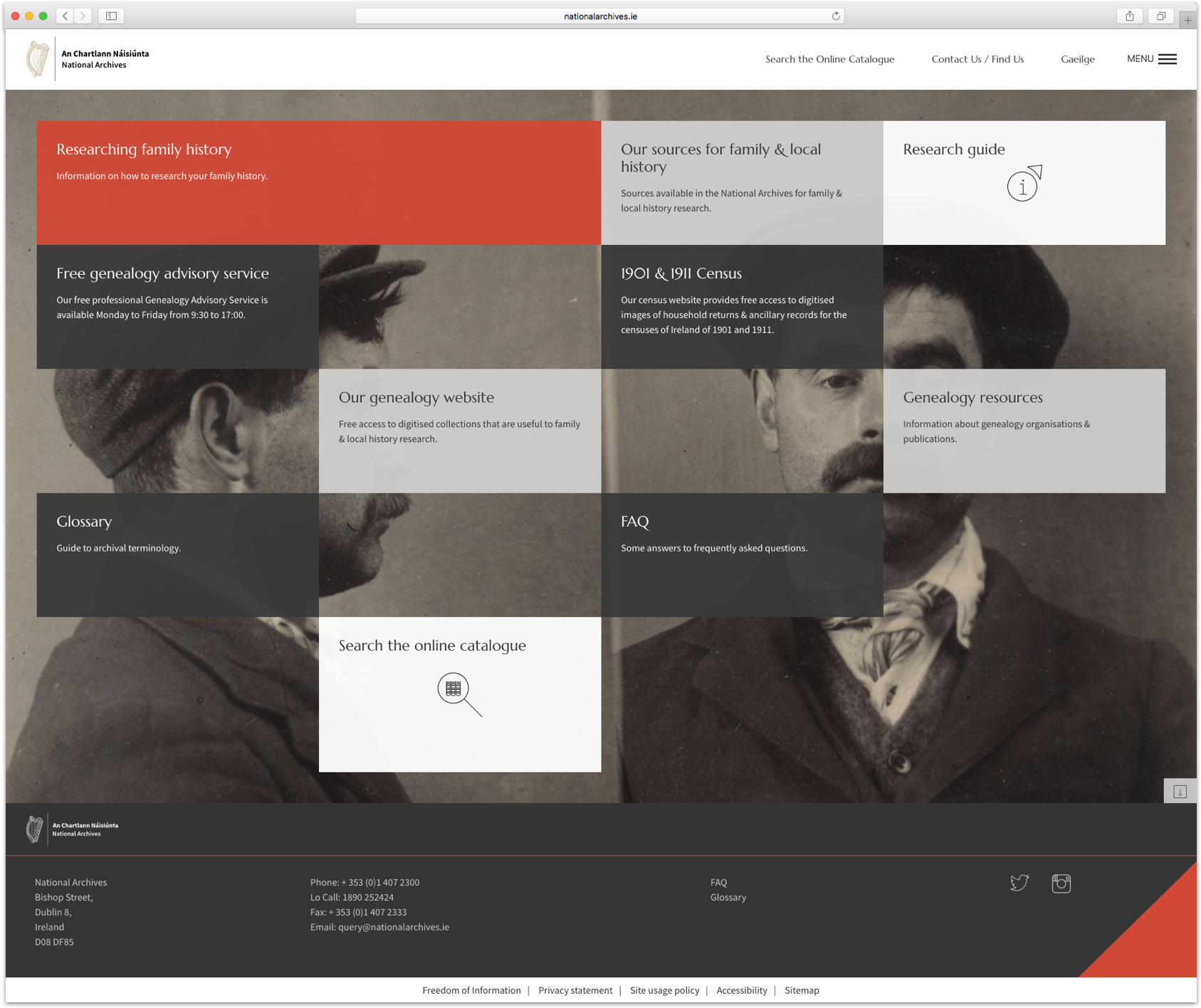 The National Archives collects, manages and preserves the public record of Ireland, ensuring its availability both as a resource and to safeguard citizens’ rights.

While there is a great deal of good will toward the National Archives, their web presence had been under utilised and there were clear opportunities to dramatically improve the user experience. In particular we sought to utilise an API to allow for a user experience design process to be carried out on the way their different types of user interact with the digital collection.

The project commenced with series of visits to the National Archives head quarters in Dublin city centre, first for a "kick-off" meeting - a round table introduction with the many key members of the Archive team.

This was followed a few days later with an in depth tour of the various departments within the Archive, where our user experience design team got to meet with and chat to the key players and understand their roles, and the relationships they had with users and stakeholders.

Following this, a series of intensive UX workshops were conducted with all key stakeholders (including many representatives of the site's end users such as researchers, historians and academics) to establish the scope of the project, and the range of user personas and user journeys. Indeed, involving and managing the wide range of stakeholders and bringing them with us through the process would be central to its ultimate success.

As form follows function, our design team mapped these journeys through a series of interactive wireframes and created complimentary mood boards for the visual language of the site. The National Archives team were central to this process

We had early on established that there would be great advantages introduced if the Adlib system, the digital archive platform used by the National Archives, offered a means of our designing a new user experience. Following research we identified that Adlib had recently added an API which would enable us to do just that. Like all API, the Adlib API did have limitations which presented our developers with a challenge. Our developers, working with Adlib's technical team, explored and carefully adapted the Adlib API to maximize the search facility. The user interface design went through a series of iterations to ensure the UI best met the exacting standards of its users.

Since launching on 21st March the user feedback from the site's stakeholders has been hugely positive and the public reaction online has been similarly enthusiastic. Over the coming months we will continue to analyse the site's performance and discuss direct customer feedback with the National Archive, using detailed analytical data and metrics to inform our thinking as we maintain and manage the site into the future. 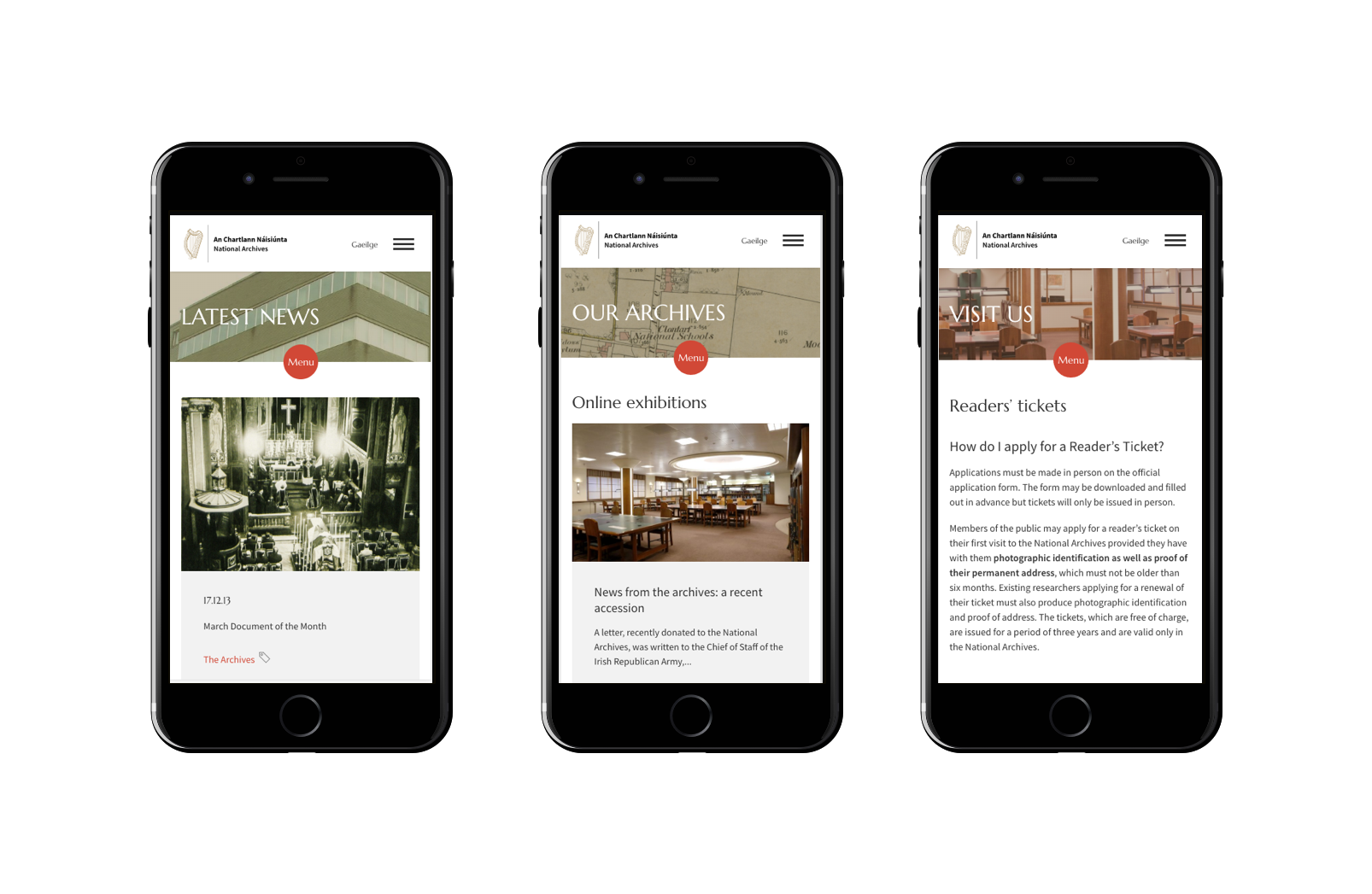 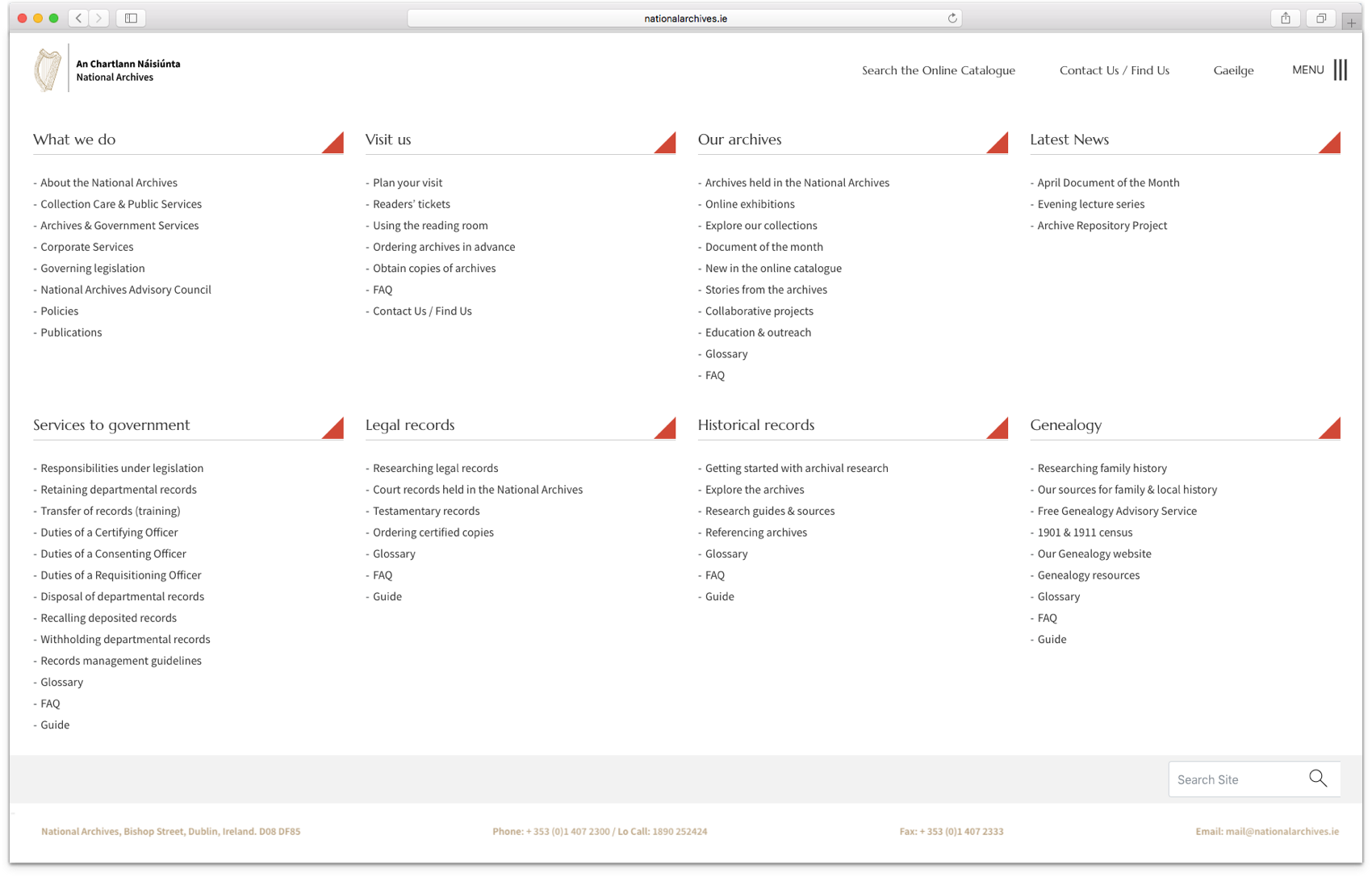 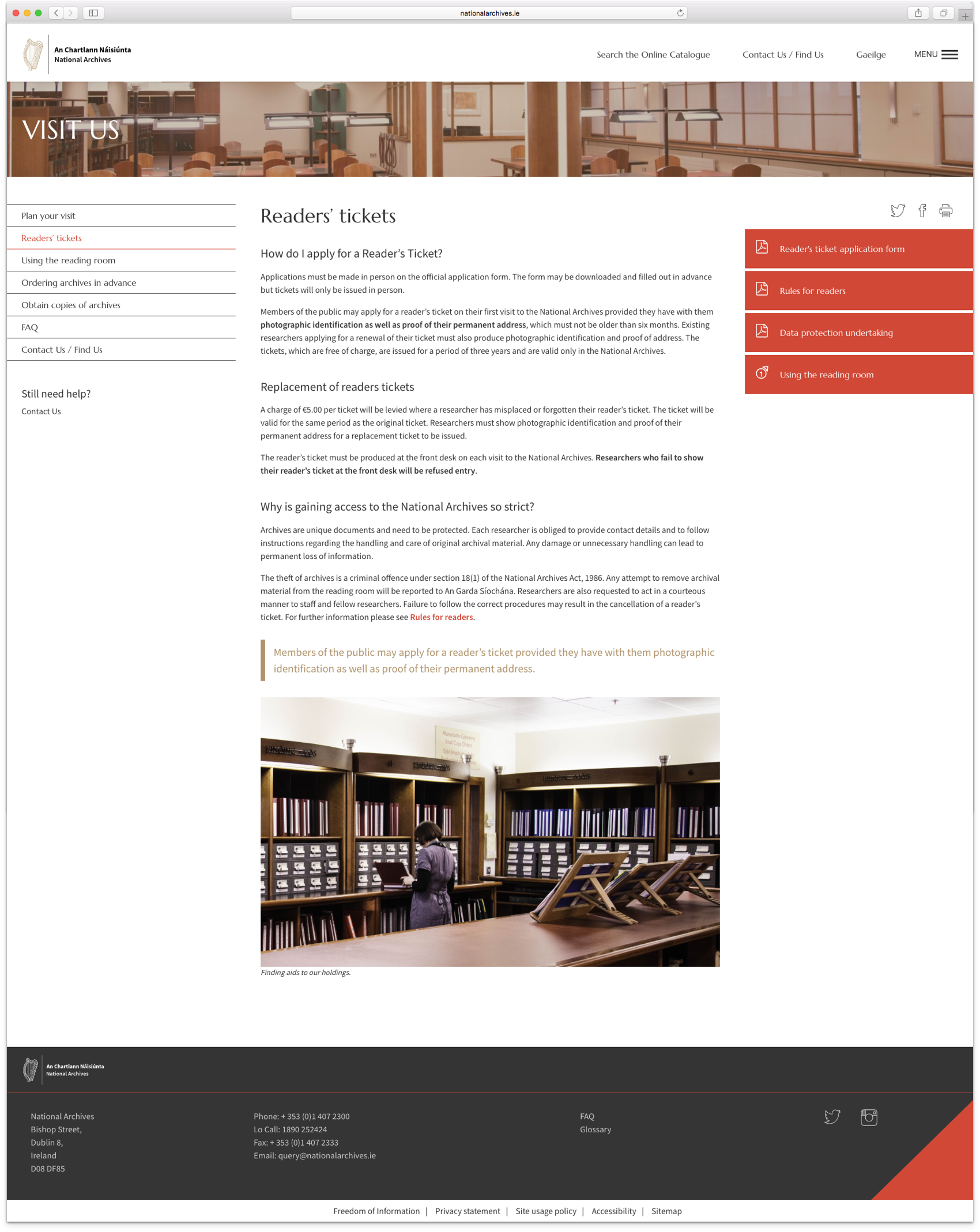